How to empower small businesses with Tokenisation, the true killer app for Ethereum 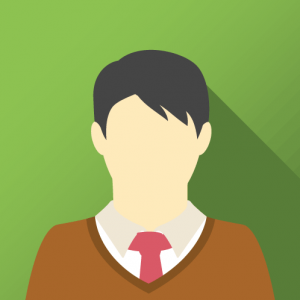 With the onset of COVID-19, many businesses are suffering. Funds have dried up as people stop going out and buy fewer goods and services.

All of this has got us thinking about how in the future, the Ethereum blockchain will be able to provide tools that allow such businesses to be more equipped to deal with hardships.

With all this in mind, I want to introduce you to why we believe tokenization can help small businesses by unlocking new avenues for funding.

The problem with funding small businesses

Many of the issues plaguing small businesses nowadays is a lack of access to funds. These same businesses have inventory or receivables that could be used as collateral for a short term loan but are not able to, simply because their business is not valuable enough for a bank to provide. As a result, such businesses either don’t have access to short term loans or borrow at a ridiculous rate of interest.

Let’s say you are a small coffee shop and a big retailer has ordered a large quantity of your coffee for a big event. You are now preparing to fulfill the order placed and therefore buy many things like cups, coffee beans, and milk.

Since your capital is tight and you have purchased a bunch of inventory to deliver the order, you may not be able to take on other business because you have locked up all your available funds. This is especially true if the deal states that payment will only be made on delivery.

How this problem can be solved with Tokenisation

Tokenisation allows anyone to mint a token representing a real and redeemable asset (such as a coffee) which can then be locked up as collateral to generate a loan (similar to how ether is locked up to create DAI).

In our coffee shop example, they could lock up coffee voucher tokens that are redeemable for a real coffee and can be used as collateral for a loan within a smart contract. This loan can then be used to purchase other inventory for other orders and allow the lenders to earn interest.

But it doesn’t stop there, the coffee shop could tokenize any arbitrary asset and use it as collateral, including the value of the order with the retailer itself!

Coming to a blockchain near you

What about scams? How will we insure the validity of such tokens?

How can we be sure that the coffee shop is actually legit and will deliver on their promise to provide a coffee for each coffee token?
This falls down to another technology, attestations.

Attestations are basically cryptographically signed statements that assert something. They could be something trivial like “I assert that John is my friend” signed by Janice or something major like “John is a citizen of the United States” signed by the ICE or “John has paid his credit card off for 12 months consecutively” signed by the bank of America.

Such a system will be expanded to include attestations for tokens directly. For example, the government business registry could issue a cryptographic attestation (also a token) with their authorized key, stating that the coffee shop is indeed a registered cafe in the city of Sydney. The coffee shop could then use such an attestation to prove their right to mint valid coffee tokens that are redeemable for coffee at their shop.

Why tokenisation is the killer app for Ethereum

It is our assertion that tokenisation is the killer app for all major smart contract blockchains for the following reasons:

Tokens, not dapps are the focal point

When looking at the ethereum space today, most people are putting their money on dapps being the key feature going forward.

I believe this to be a misconception because they are not interoperable, easily auditable, or easily extendable; they basically have the same limitations of web 2.0 whereby one web service cannot easily communicate with another.

If you want to create hyperdragons which eat crypto kitties, you don’t import the website dapp from the crypto kitties team and change it to add hyperdragons, you simply interact with their tokens directly from their smart contract.

For these reasons we believe tokenisation to be the killer app and hence created TokenScript, an open-source token centric framework which enables your token logic to run securely on iOS and Android. TokenScripts are signed by their authors, easily verifiable and can run on mobile wallets in real time. There is no need to write your own wallet for your tokens.

To find out more, or to make your own, visit our examples page here which includes many popular tokens such as Compound cTokens, xDAI bridge, SAI to DAI converter and many more!

What do you think about tokenization? leave your comments below!